We Rally for the Commons

On June 21, 2020 over 30 supporters rallied in support of a Downtown Commons on Lot 4, home to the Downtown Farmers Market, creating a mini-commons with grass, flowers and great music. 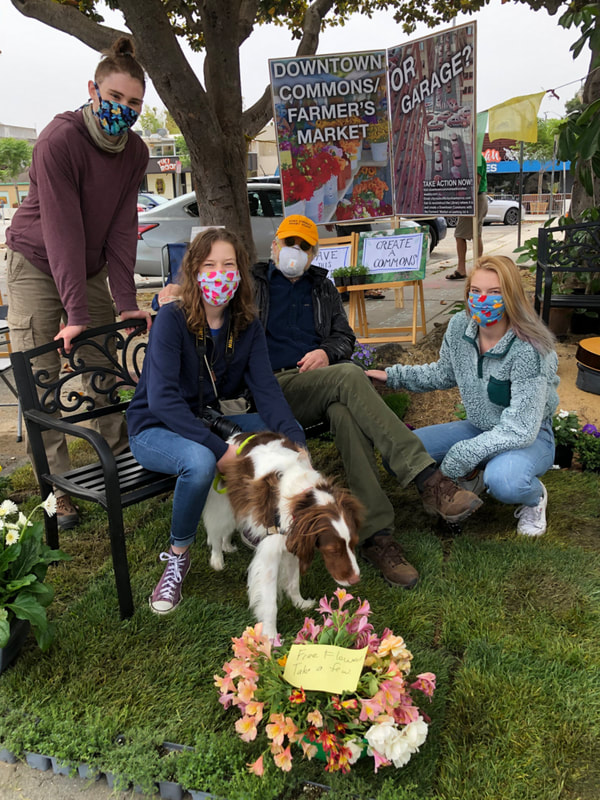 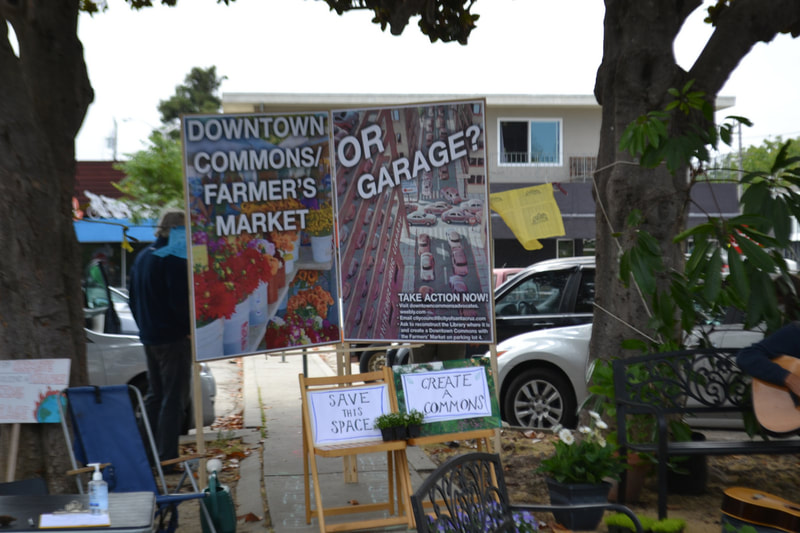 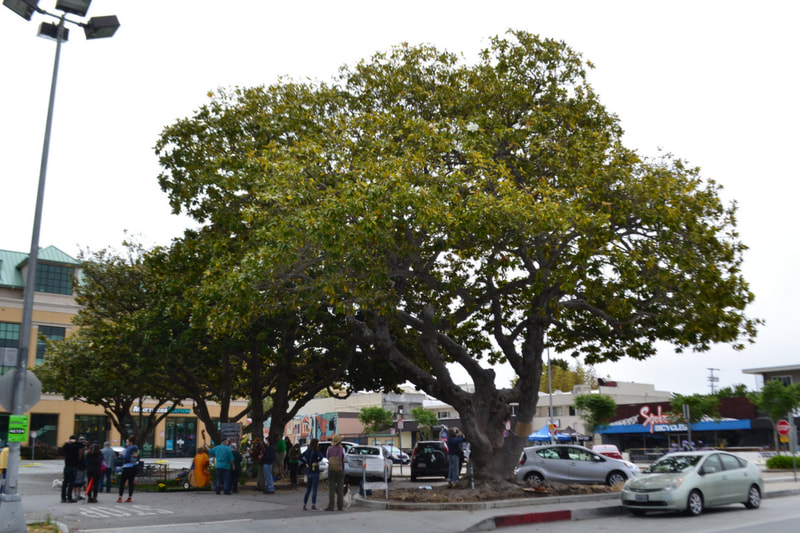 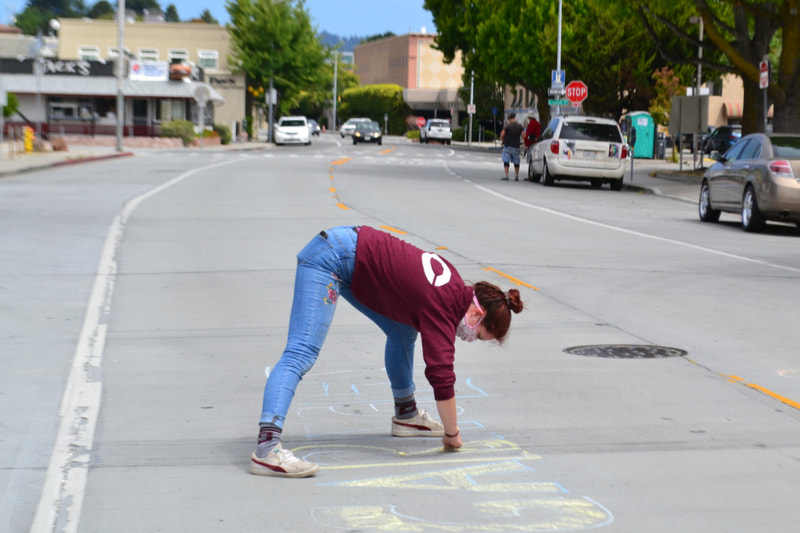 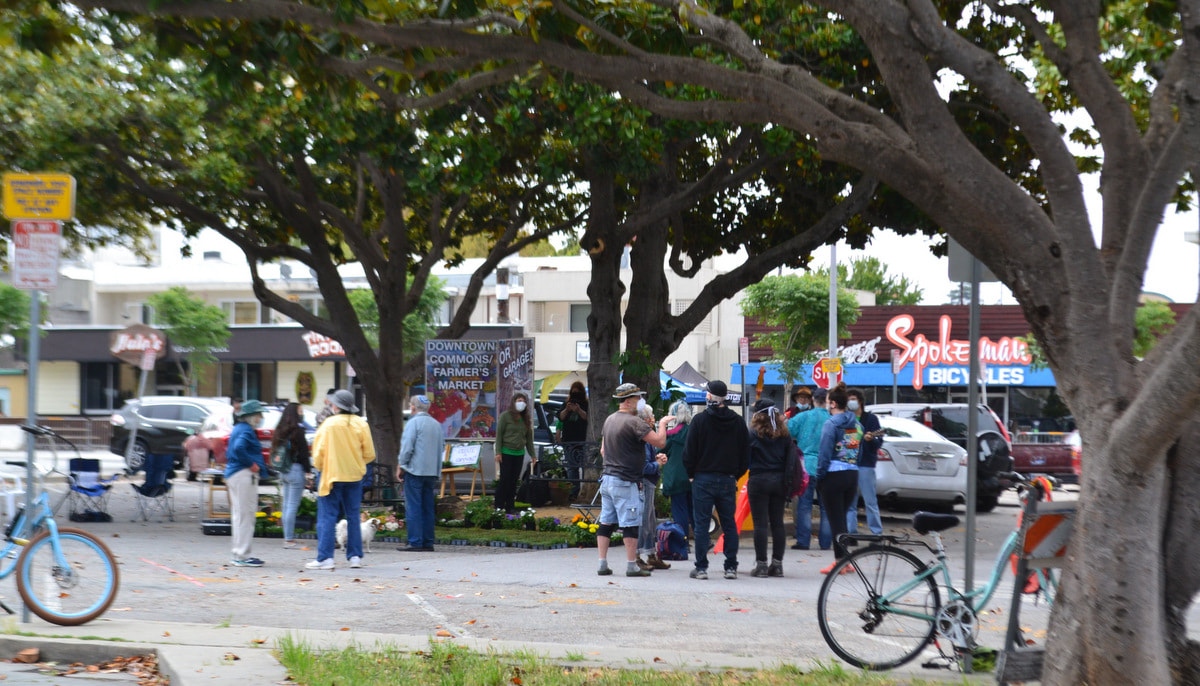 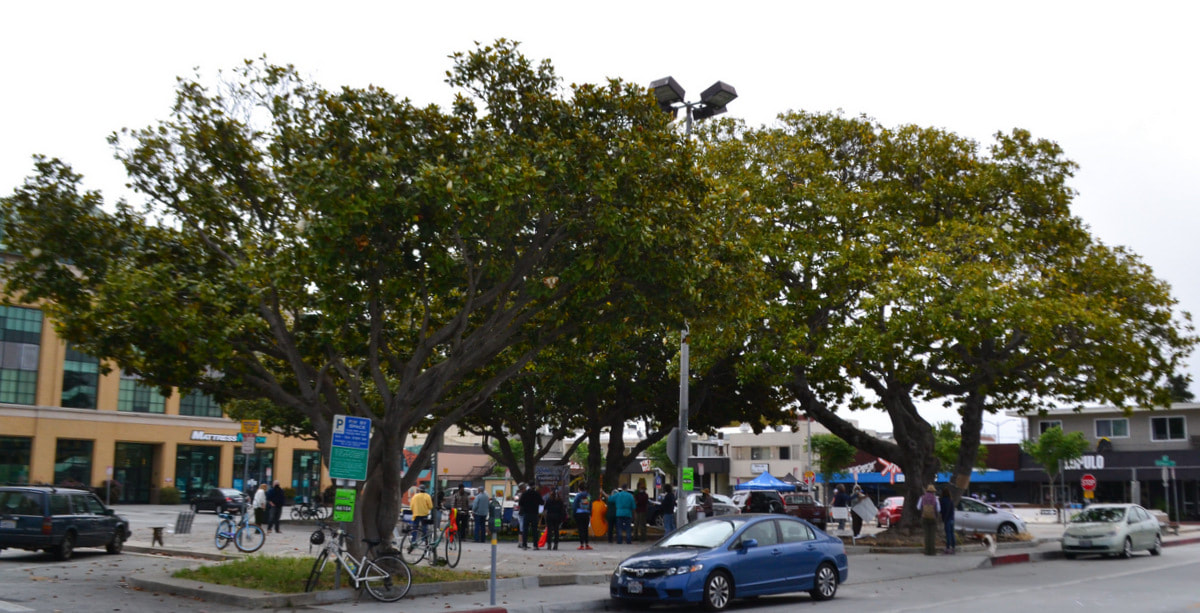 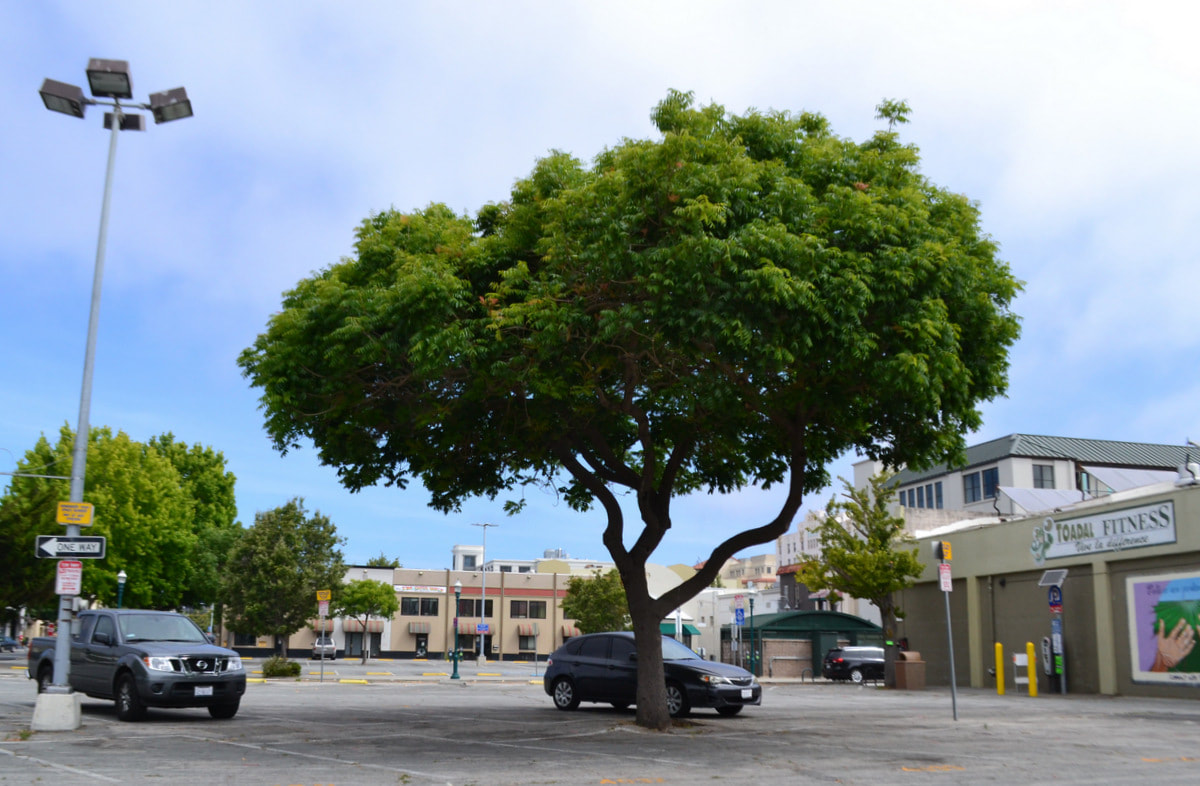 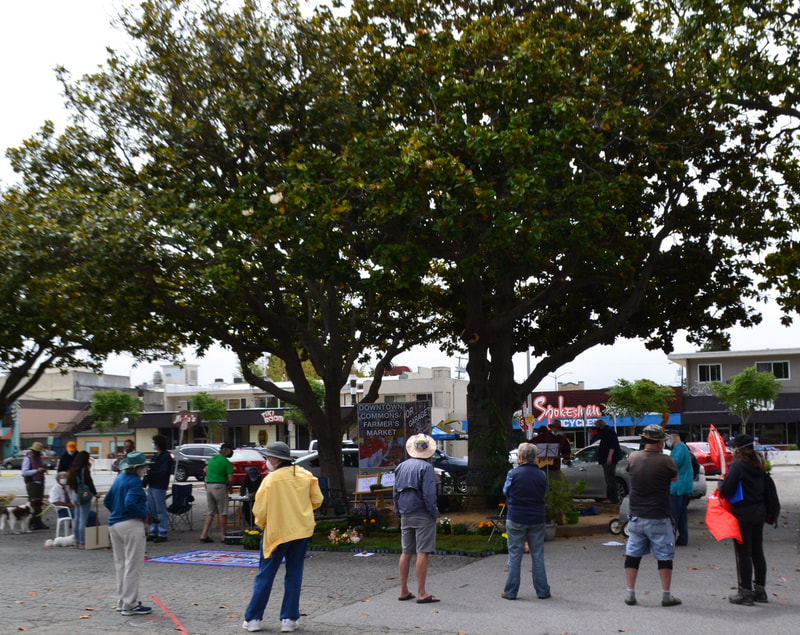 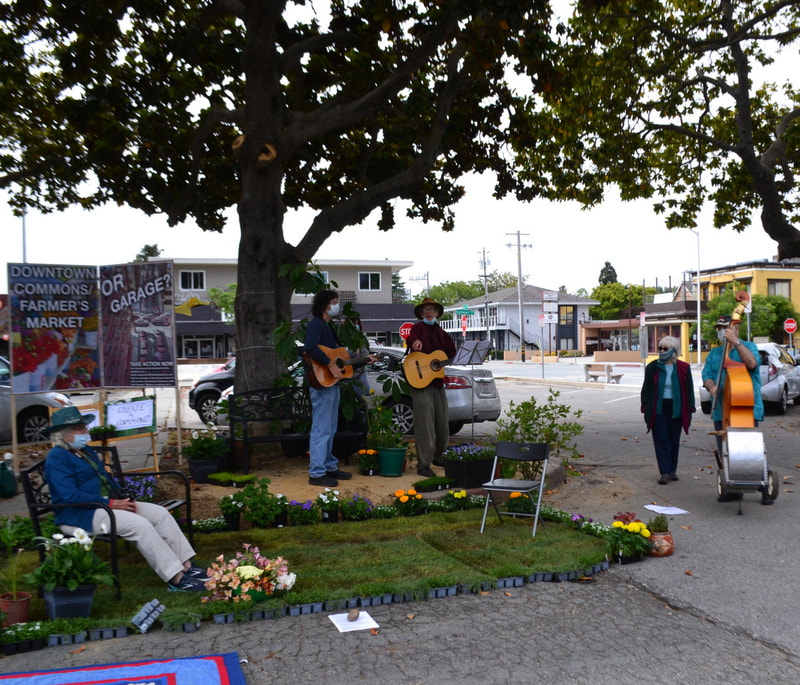 We Rally for the Library

On June 18, 2020 over 60 supporters rallied in support of remodeling, renovating and rebuilding the Santa Cruz Downtown Branch Library in it's present location in the downtown Civic Center.
From DCA's Karen:  "At our Rally, the 92 year old lady with the walker in front of the library told me her mother was the head librarian at the transition from the Carnegie library to the current one. She talked how important the concept of a civic center was to keeping it there. She did not want her hard work to be forgotten!! She said she was instrumental in the design of the new library. What a story!" 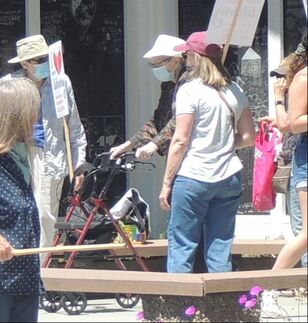 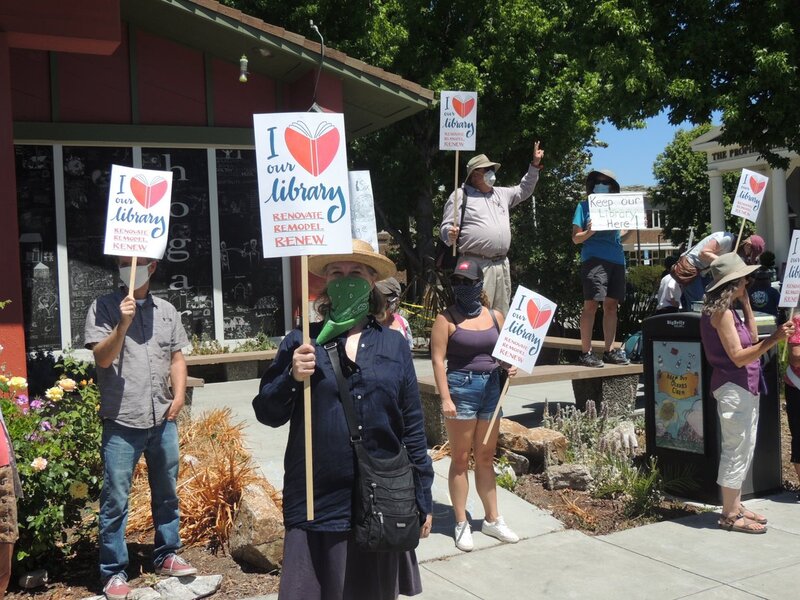 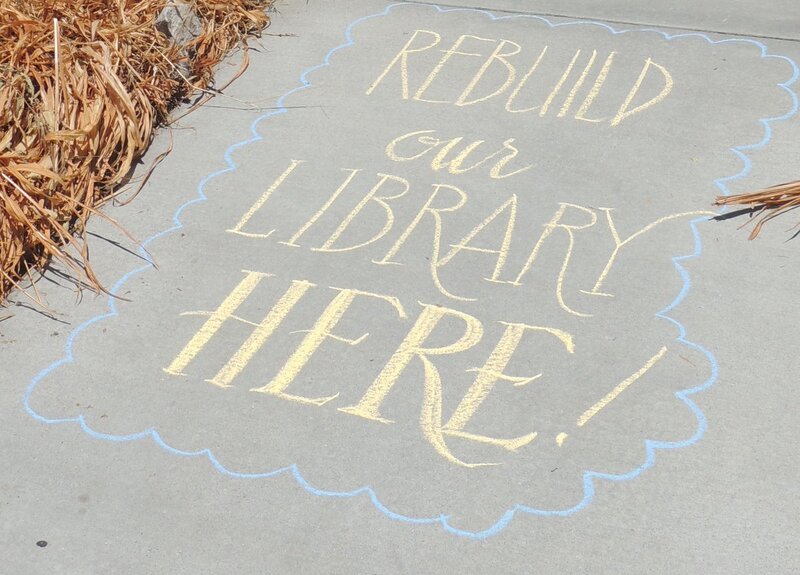 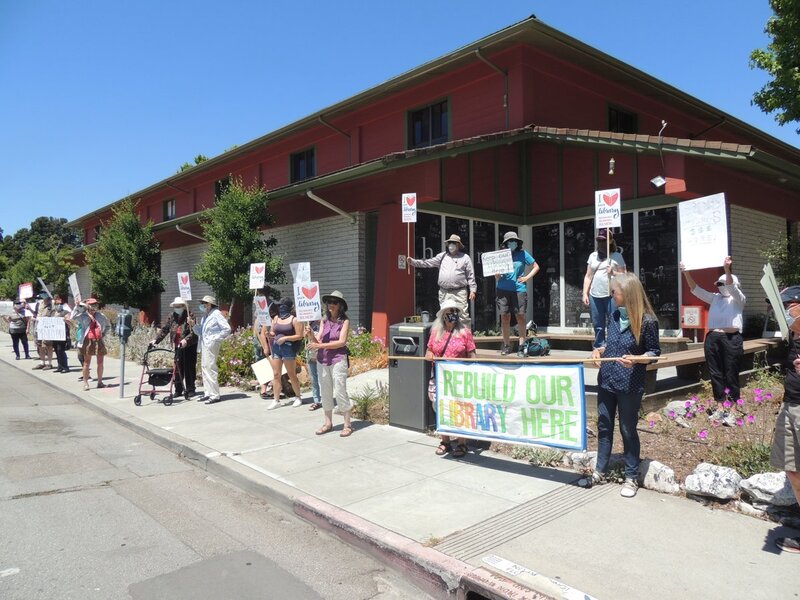 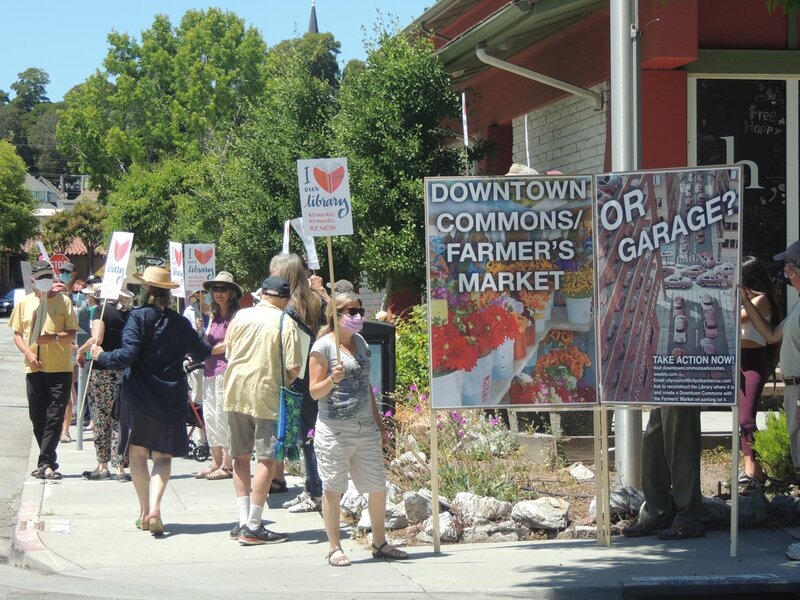 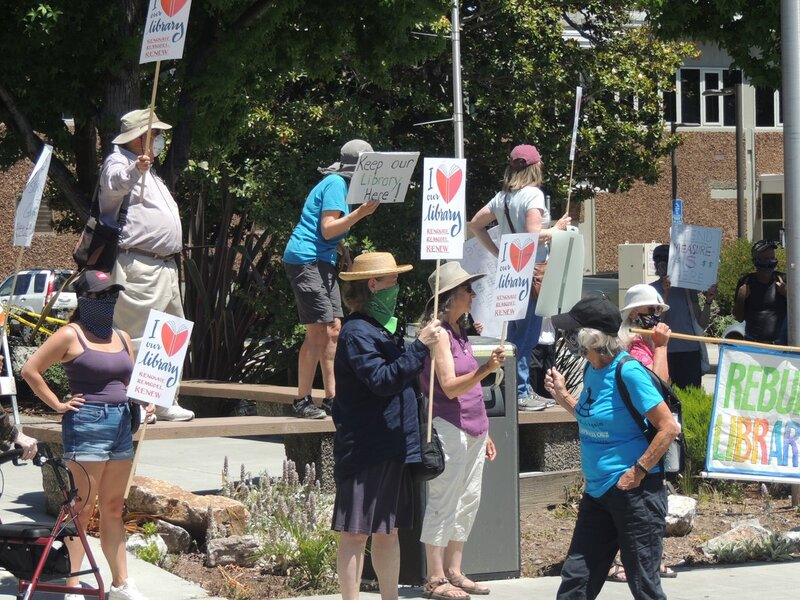 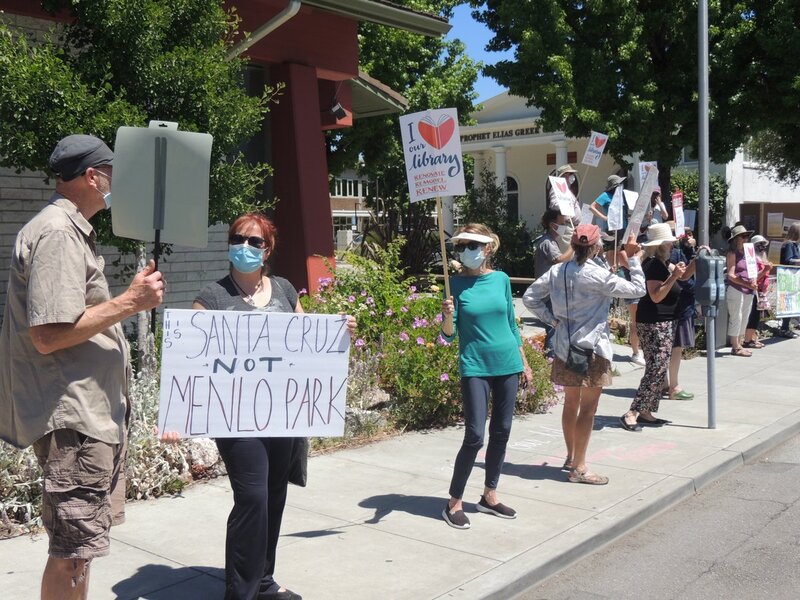 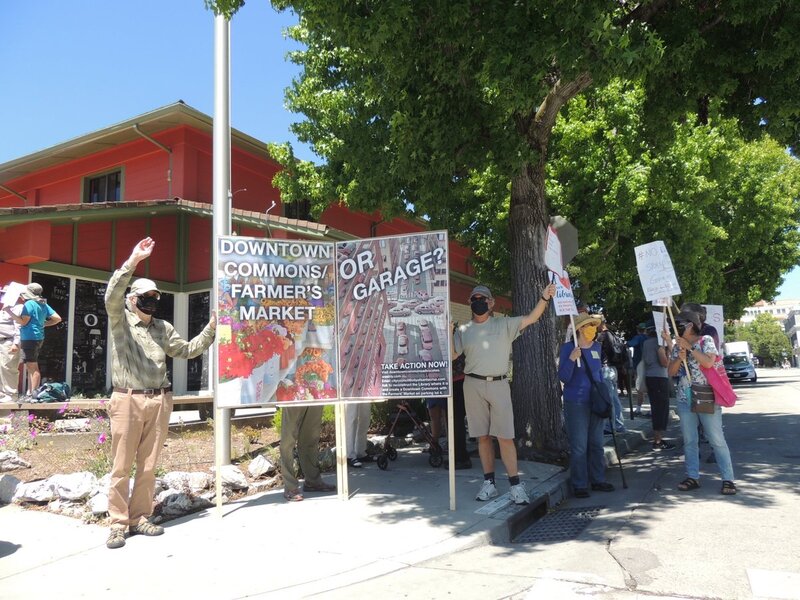 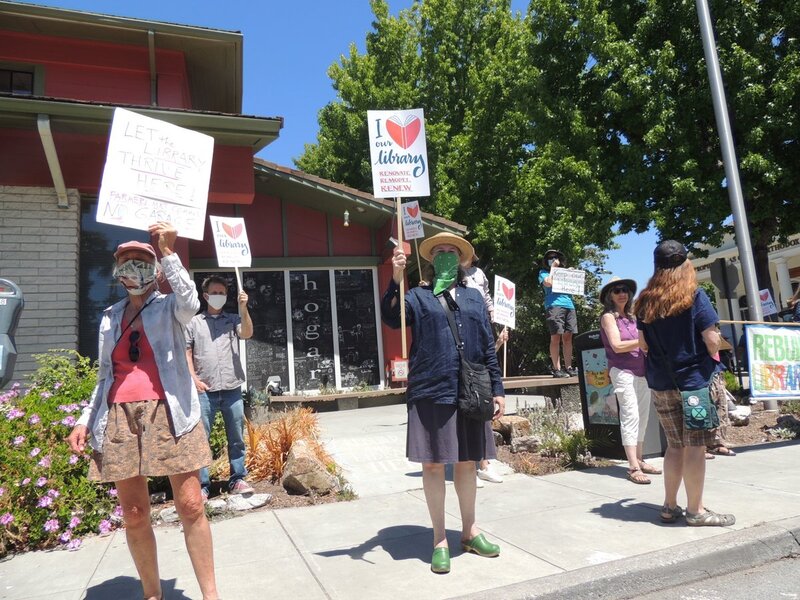 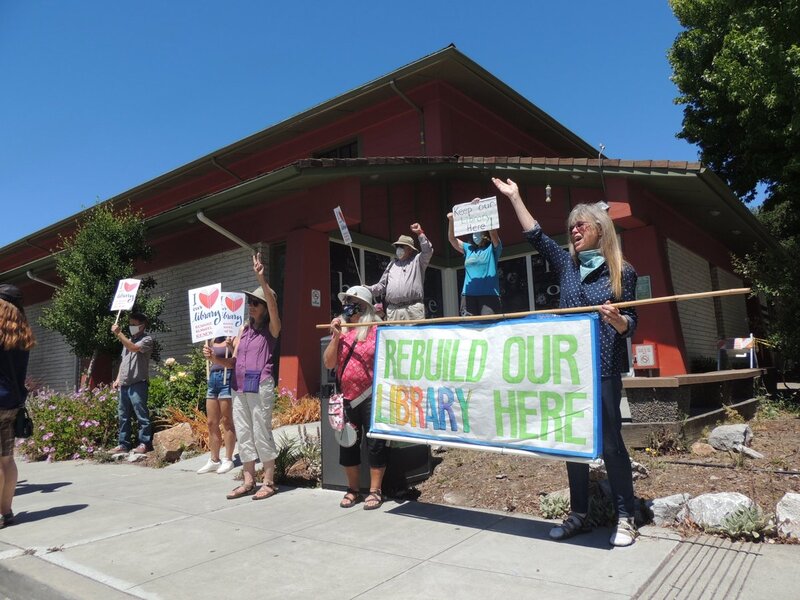 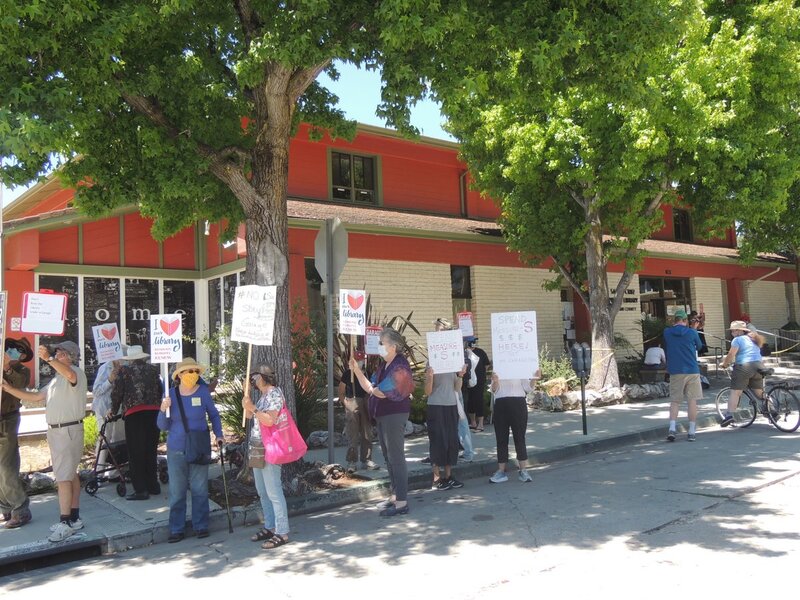 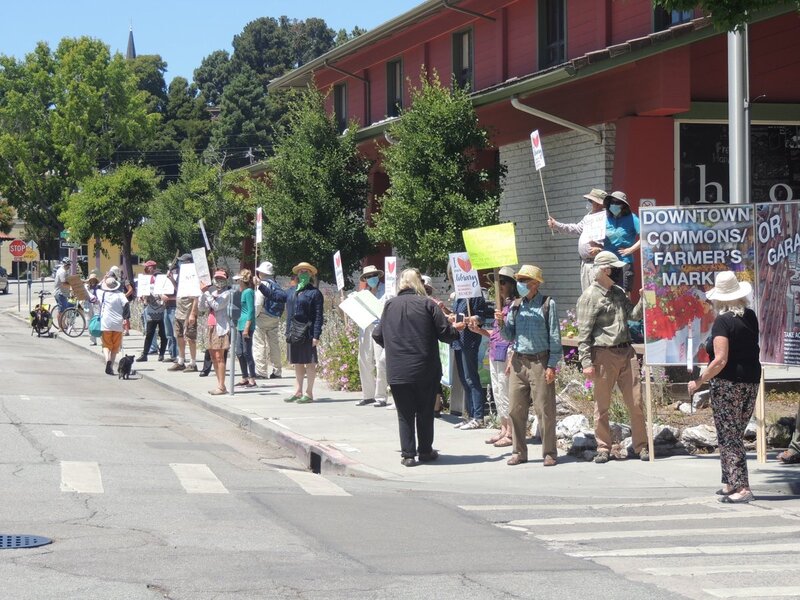 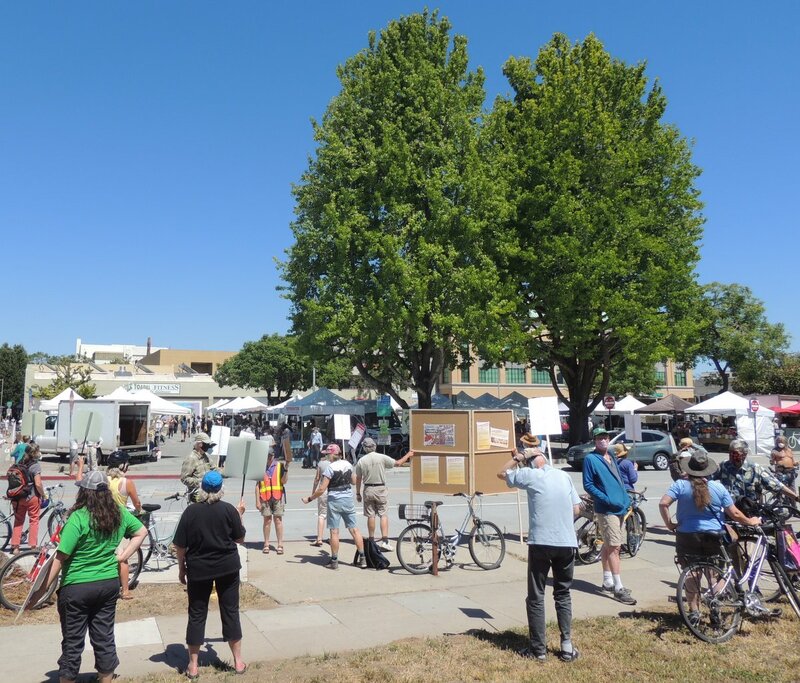 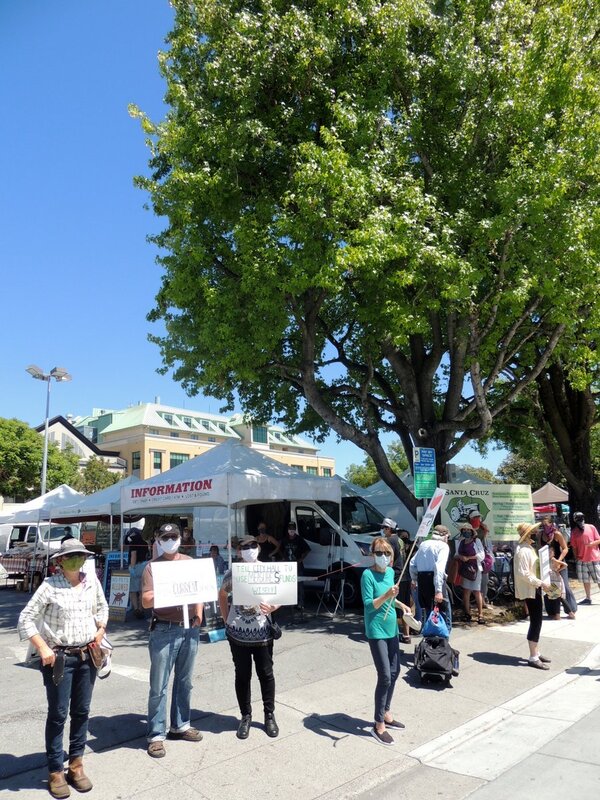 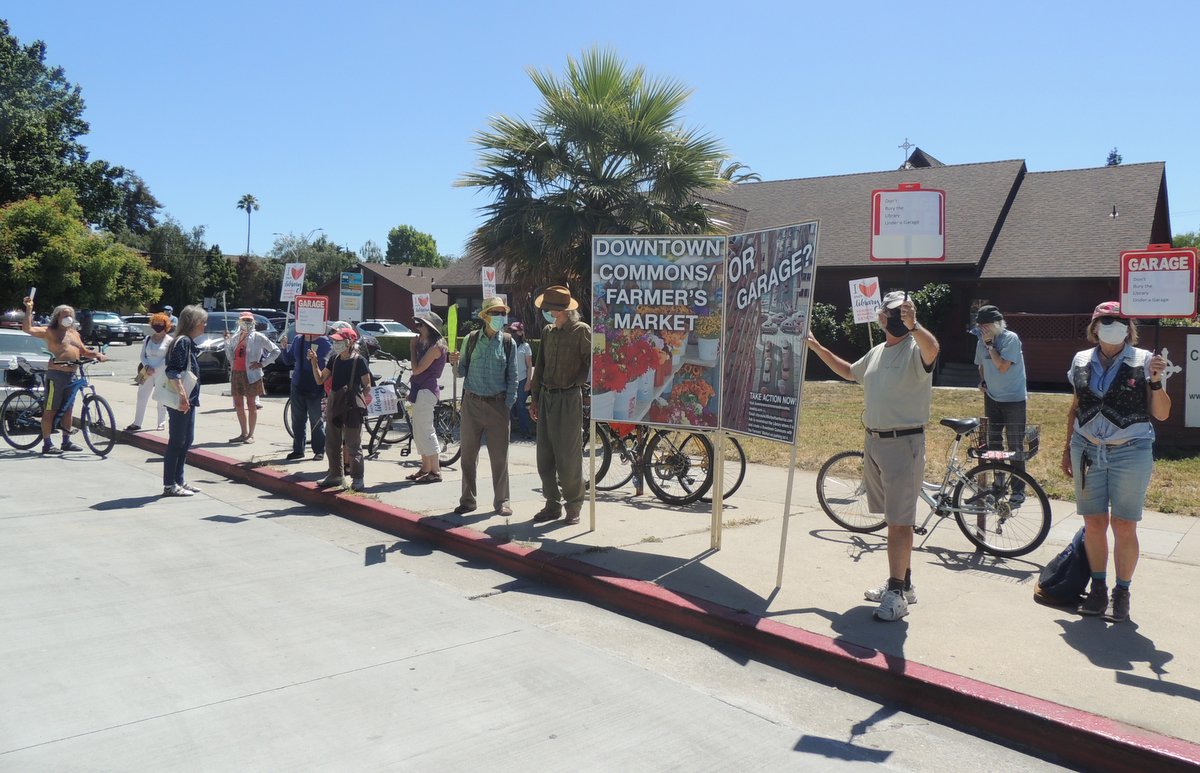